Your home is your castle. Securing it and your family safe should be a high priority. In this article, we’ll focus on methods to reduce making your home an easy target.

#1: Lock Your Doors and Windows

Some people forget to lock doors and windows, and this provides easy access to burglars. According to the FBI, approximately 30% of burglaries in the United States are considered an unlawful entry.

Before going to bed, it is always best to go through the routine of checking all the doors and windows to guarantee they are locked. As much as possible, use deadbolt locks at a minimum as opposed to simple push-button locks. For added layer of protection, consider using a door security bar. This way, if someone tries to kick down your door, they’ll find this to be a very difficult task.

Sliding glass doors and windows are also very vulnerable. By using a wooden dowel or another solid object helps them from being opened, should the lock be compromised.

Don’t forget to secure the door going out to the garage. If a burglar gains entry into your garage, they can easily walk into your house if you don’t lock that door as well.

If you’re moving into a new home, try doing these:

#2: Make Your House Well-Lit at Night

Remember that someone looking to enter your home doesn’t want to be seen. Have several lights on at night outside your house to make it very visible. It’s easy to forget to turn these lights on sometimes, so just set them up on automatic timers. Some lights even have photosensitive switches on them.

#3: Make It Look Someone is at Home

Most home invasions don’t occur at night. Instead, 65% of them often occur between 6 a.m. and 6 p.m. Most times, a burglar will pose as a salesman to find out if someone is home. Often, they’ll knock on your door and if no one responds, the way they’ll try to gain access would be via the door they just knocked on or other points of entry.

#4: Learn to Rely on Neighbors to Watch Your House

#5: Remove Shrubbery from Around Your House

Trim trees and shrubs to avoid being used as a hiding place for intruders. Also, consider putting plants around your house that have thorns—anything you can do to make it difficult for them to get close to your house will make it that much more challenging.

There are several approaches that you can take when it comes to this. One option is to put up a Home Security sign or sticker. By doing this, it sends a clear message that you have some type of security system installed, and it will probably give the intruder some second thoughts. You can buy stickers that you can put around your house, even if you don’t have a home security system. Another option is installing dummy outside security cameras. These are inexpensive alternatives to real cameras that also serve as a warning to potential burglars.

Also, having a peephole on your door can be useful. This allows you to see who is knocking on your door.

Now, if you don’t have a budget for a home security system, an alternative is to hang a bell on the door. It will alert you in the middle of the night if someone tries to break in.

Flaunting your wealth sends a signal to burglars that you have valuable things that they’re probably going to get. You can keep your curtains closed to avoid burglars getting a view of your possessions. Also, avoid leaving the box of a newly purchased flat-screen TV or other expensive items at your curb to prevent attention.

#9: Ask a Friend to Look After Your House When Going Out for a While

If someone sees that you have an overgrown lawn, it’s a good indicator that you’re not around. Instead, ask a friend or your neighbor to mow the lawn while you are away to avoid unwanted break-ins.

Don’t post on social media that you’re on vacation. Social media can easily provide a lot of information to people you don’t even know. As much as possible, share your posts and updates to your family and friends. If going on a vacation, have neighbors remove the mail or newspapers that accrue at your house or simply have the post office put a hold on delivery. Also, be sure to ask your neighbors to take out your trash as this is an indicator that you aren’t around to take it out yourself.

Don’t leave keys in the vehicle and do not leave the garage door opener in plain view.

With these simple yet effective steps, you can reduce the probability that your home will be a target for home invasion. 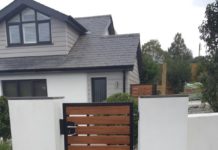 14 Tips and Guidelines For Improving Security For Your Home 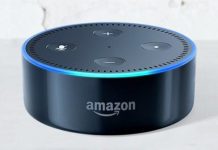 What Security Cameras Work With Alexa 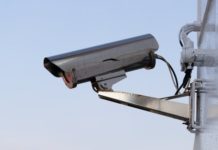 How To Buy A Home Security Camera System?

How To Detect A Hidden Camera 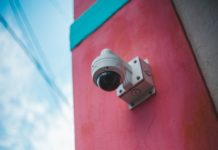 Why Every Home Needs A Good Outdoor Home Security Camera